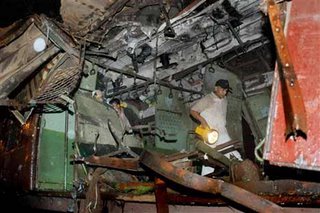 Today marks a week since the awful Mumbai train blasts.

From ’s September 11, to ’s March 11 to ’s July 11. Is this a pattern? Does it have the signature of a certain terrorist group? Well, some people have their suspicions….

Last week, in the Indian financial capital of Mumbai (previously known as ), a series of several explosions brought the city to a standstill.

Apparently, the explosions were co-ordinated with remarkable efficiency and went off within minutes of each other during rush hour in a commuter rail system.

The latest reports are that yesterday, Indian police officers were looking for suspects in Mumbai’s slums and largely Muslim ghettos. There are no breakthroughs yet.

However, a number of minority Muslims have been questioned, but no arrests have been made thus far. Indian officials say that Pakistan-based Islamist militant group; Lashkar-e-Taiba and ’s Inter-Services Intelligence (ISI) are the prime suspects. 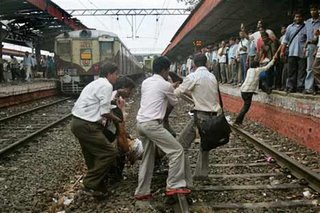 My heart goes out to all the families who have gone through a tremendous amount of trauma this past week. No one deserves to die by another human’s hand.

Today, a week since the awful July 11 Mumbai blasts, let’s remember all those who were killed, and let’s pray for a safe recovery for all those injured.

Email ThisBlogThis!Share to TwitterShare to FacebookShare to Pinterest
Labels: india